Project funded by the DAAD

The Brandenburg University of Applied Sciences is a modern, young university of applied sciences that was founded in 1992. Around 2600 students from more than 60 nations study at the THB. There are 21 degree programmes offered in the three departments of Computer Science and Media, Engineering and Business. In these, the university offers the best opportunities to deal intensively and practically with business, computer science or technology. This is guaranteed by application-oriented teaching, continuing education and interdisciplinary research. Students who transfer to the university from a professional occupation and need a study programme that is flexibly adapted to their life situation are also integrated.

As a partner for teaching and research, securing skilled workers and technology transfer, the THB has been a member of the Higher Education Alliance for SMEs since 2016. It is thus committed to educating young people in a labour market-oriented and application-oriented manner and to strengthening the transfer of knowledge to the regional economy.

In addition to its regional roots, the university is cosmopolitan and well networked internationally with over 50 partners. International students and partners have access to numerous university events, projects, advisory and support services. The signing of the Diversity Charter (March 2008) and the National HRK Code of Conduct for the Study of Foreigners at German Universities (February 2010) underline the university’s efforts to set internationality and the acquisition of intercultural competence as the quality standard of modern study. 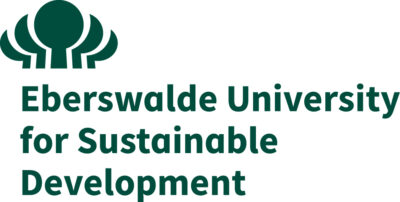 For more than 185 years, the Eberswalde location has been committed to sustainable research and teaching: The Eberswalde University for Sustainable Development focuses on regional management, sustainable tourism, nature conservation, forestry and ecological agriculture, adaptation to climate change and sustainable business.
With about 2,300 students and 64 professors, the HNEE is one of the smaller universities in Brandenburg. With its 21 innovative and partly unique degree programmes in the four departments of Forest and Environment, Landscape Use and Conservation, Wood Engineering and Sustainable Economy, it is also one of the universities with the strongest research in Germany.

All degree programmes are in close contact with local actors in the region. Many exercises, project work and excursions are carried out together with renowned partners from the field. This ensures an insight into later professional fields. Students are prepared for future challenges through an applied, interdisciplinary and sustainable approach.

In this project, the HNEE addresses the issue of sustainable development in rural areas. The focus is on improving the food supply by optimising production and marketing on small farms. The study programme Organic Farming and Marketing can make a decisive contribution here through the interdisciplinary and holistic orientation of the teaching, along value chains within the production, processing and marketing of food. In addition, further connections are possible to the fields of agroforestry and sustainable tourism, among others. 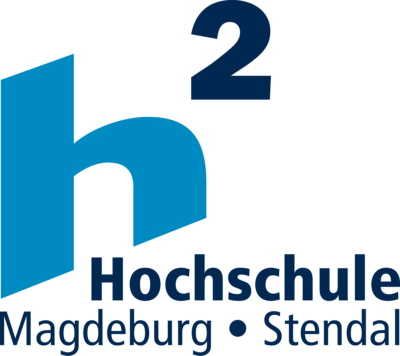 At three faculties in Magdeburg and two faculties in Stendal, prospective students can choose from about 50 degree programmes. Around 130 professors guarantee a very good supervision rate for about 4,200 students in Magdeburg and more than 2,100 in Stendal. Only Bachelor’s and Master’s degree programmes are offered. The university sees itself as a lively, constantly developing university that aligns research, teaching and transfer in high quality with the needs of society and business, with the aim of communicating science in its application.

One outstanding goal is to send even more students and lecturers abroad in the future and to welcome even more guests from all over the world to the university. International exchange is a central component of teaching and research at the university. For this reason, many degree programmes are offered that integrate stays abroad. Further joint or double degree programmes will be offered, and the quality of existing international cooperations will be reviewed regularly.

The HMS is home to the project office of the German-Jordanian University, one of the most important projects of transnational education in Germany.

Founded in 2007, Masinde Muliro University of Science and Technology is a non-profit, public and officially accredited university in Kakamega (Western Kenya) with branches in Nairobi, Bungoma, Kaimosi and Bumbe. It offers its approximately 15000 students courses and programmes leading to recognised university degrees (pre-bachelor, bachelor, master as well as doctorates). The relatively high quality of its students is ensured by a selective admission policy. The admission rate is 70-80%.

There are currently 13 faculties (“schools”), five of which have been targeted for the current project. Their subject foci, insofar as they are relevant to the present project, are described in more detail in the corresponding content points.

In addition to standard face-to-face teaching, the university increasingly offers online courses and distance learning as well as administrative services.

History: As a forerunner of the university, the Western College of Arts and Applied Sciences (WECO) was founded in 1972 under the leadership of the influential politician Masinde Muliro to meet the need of the western province for an educational institution for technical specialists.

In 2002, WECO became WUCST (Western University College of Science and Technology) and thus a part of Moi University.

In early 2007, President Kibaki upgraded WUCST to a full-rights university, which has since been renamed MMUST.

The University of Eldoret is located in the city of Eldoret in Uasin Gishu County. It was founded in 1946 as the agricultural training centre of MOI University. Since 1990, the focal points for natural, basic and applied sciences have been established. With over 25,000 students, the university is one of the largest of Kenya’s 22 higher education institutions.

The existing practical orientation of the University of Eldoret is also evident in the university’s field training centre. Farmers and various cooperations use practical university courses to improve and establish conventional and organic methods of land management.